As a pacifist, I really wish people would stop saying “violence is not the answer” 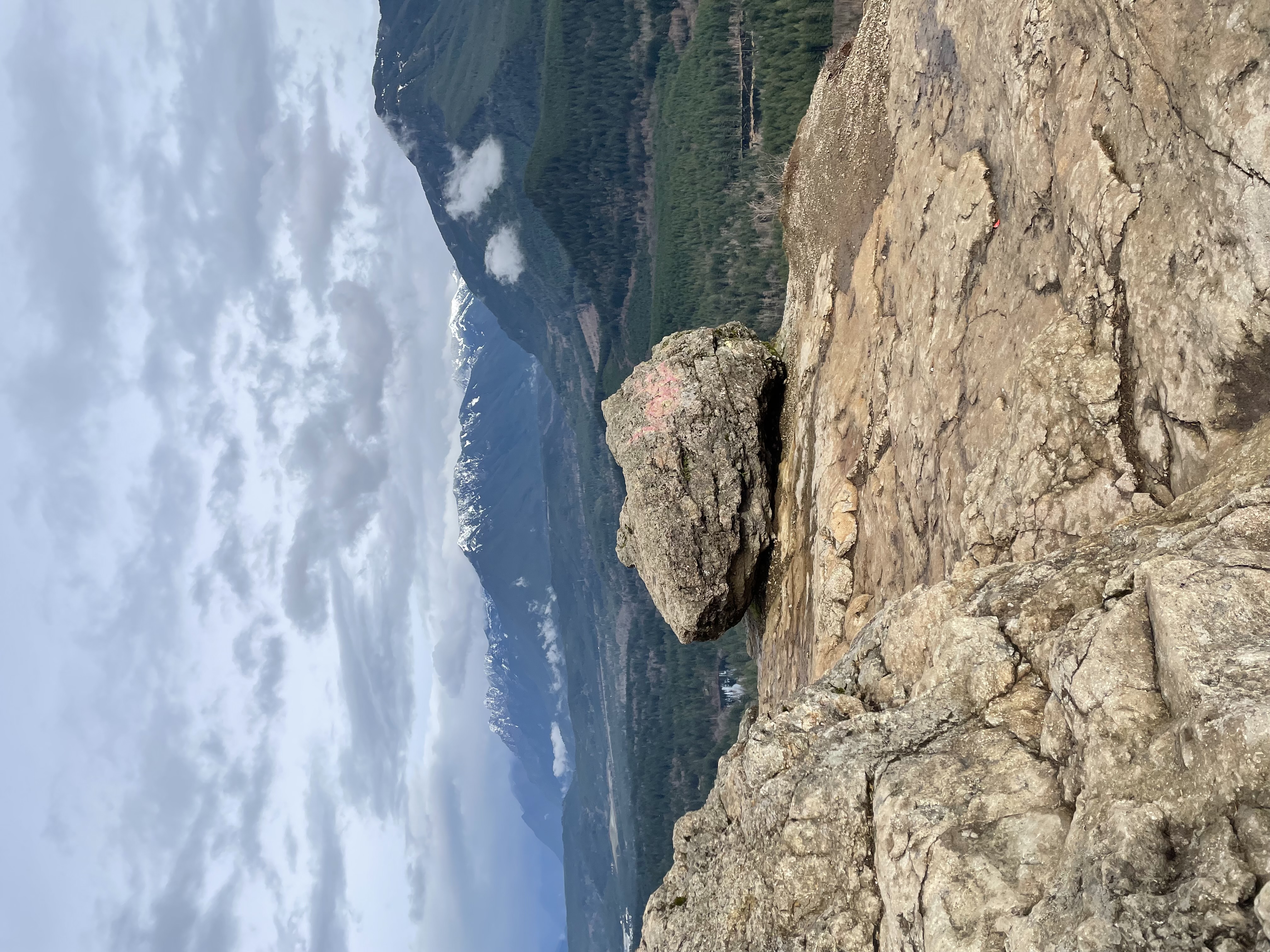 A view in the Snoqualmie Tribe Ancestral Lands, which are impacted to this day by the violence of colonialism
March 31, 2022
Robin Eastman

I have nothing to say about the Oscars this year, except that I highly recommend reading everything Ally Henny, Fidgets and Fries, Ijeoma Oluo, and Kia Puckett have to say about it.

Violence is strongly condoned, even revered in our society. We venerate the military. We have an incredibly violent police system that we do almost nothing to keep in check. We make movie after movie where problems are solved with violence. Those are just examples of overt physical violence.

We also are rife with emotional violence, like transphobia leading to extraordinarily high suicide rates, fatphobia leading to much higher illness and death rates due under-treatment of health issues in fat people, racism and misogynoir leading to so much harm on so many levels. I could go on and on.

Violence is how our society defends the status quo. Sometimes overtly, such as the police using physical violence to defend property. Sometimes through words, such as misgendering trans folx to reinforce gender lines. Sometimes through money, such as depressed minimum wages, housing scarcity, and bank overdraft fees that keep poor people from being able to reach financial security. The threat of more direct violence underlies all of these. Follow the rules or get hurt even more.

When do we hear people saying "violence is not the answer"?

I don’t hear the phrase “violence is never the answer” when the powerful are being violent. It’s not a common refrain when a cop uses physical force to overpower a human who is suspected of a crime. No one says "violence is not the answer" when talking about whether or not it's ok to degrade trans athletes. Even people who oppose those things don't do so using that phrase. Because that phrase is not for systems of violence and it is not for the violence of power. It is reserved for the individual or for resistance movements against structures of power. It is a criticism of how people respond to being harmed.

People say "violence is not the answer" when people respond violently to an act of harm against themselves or their loved ones and that violence upsets the status quo and/or disrupts the veneer of polite society.

There is no polite way to disrupt societally condoned violence. There are non-violent ways, and I am a believer in those methods, but those ways get just as much blow back, if not more, than violence. Look at the attacks and retaliation faced by Colin Kaepernick. Saying "violence is not the answer" is akin to tone policing, evoking "cancel culture," and belittling “social justice warriors.” It shuts down challenges to the status quo by socially punishing people who are calling for change.

If someone is reacting violently to a systematic injustice, we need to remove the injustice to remove the violence. We cannot merely stop the reaction. That is choosing who is allowed to be violent and who is not, rather than reducing overall violence.

If you truly believe that violence is never the answer, are you calling to disarm and defund the police? Disband the military? Have comprehensive gun control? Repeal “stand your ground” and “castle doctrine” laws? If not, then perhaps you believe that violence is sometimes warranted. You believe that some people in some situations have the right to do violence and other people in other situations do not. In that case, I would like you to please stop co-opting the language of pacifism to silence people who are responding to injustice.

There is no peace without justice. That is not a threat, it is a fact. Injustice is violence.

I know many people reading this are already taking an active role in dismantling our systems of violence. I would still ask you to let go of the phrase “violence is never the answer.” Not because I believe it is inherently wrong. Again, I am a life-long pacifist and I am deeply committed to pulling out violence by the very roots. It is because I want to uproot violence that I am offended when that phrase is used to respond to violent reactions within violent systems. We can’t reduce violence by condemning a violent reaction any more than we can get rid of dandelions in the garden by cutting the flowers off.

We have a big violence problem and we need to address it. All of the civil rights movements we have seen in this country have been met with violence. Violence committed against the marginalized. So much blood has been shed to inch our way towards a just and equitable country. So much violence has been used to push these changes back. That violence comes in the form of attack dogs and lynchings. It also comes in the form of firing people who speak up, redlining neighborhoods, “bathroom” bills, gerrymandering, and quietly re-segregating schools.

I would like to thank many people for helping me review and improve this article, especially Kia Puckett. Thank you for helping me be accountable and write with integrity.